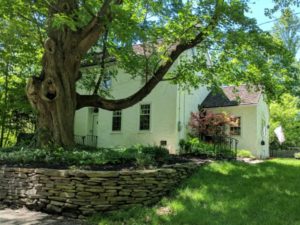 The area we know today as New Britain Borough was first inhabited by the Native American Lenape tribe. In the 1680s, clan Chief Tamenend met with William Penn to create agreements focused on developing amicable relations among the Lenape and English settlers in the Philadelphia area. Meanwhile, the King of England gave William Penn permission to begin selling properties to new settlers. Bucks County was one of the first counties formed in Pennsylvania, with New Britain Township as one of its largest parcels. At that time, our community existed within New Britain Township alongside the future municipalities of Doylestown and Warrington. The parcel was considered an outpost of Philadelphia and consisted primarily of Native Americans and wild animals.

Pioneers began settling in the area by the 1720s, and small villages formed in what would eventually become the boroughs of Chalfont, New Britain and Doylestown. One of the first roads to be constructed was old Route 202, which is better known today as our main corridor, Butler Avenue. In 1740 our community built the New Britain Baptist Church, which is recognized among our first official landmarks and remains in use today.

During the Civil War, New Britain contributed soldiers, wagons, blankets, and loyal support to the Revolutionary Army. George Washington and his army marched through this area in 1778 as they made their way to Monmouth, New Jersey. New Britain Militia participated in a significant successful raid on Trenton as Washington led his troops across the Delaware in the Battle of Germantown and the skirmish at Crooked Billet.

New Britain obtained greater access to the outside world when a branch of the North Pennsylvania Railroad opened in 1856, providing passage to Philadelphia and Reading. The area continued to grow throughout the 1900s with the creation of several elementary schools as well as what is now Delaware Valley University. By this time the small community known as New Britain Village had grown substantially, which by 1920 boasted 52 dwellings and 215 people. Many common municipal services were housed in either New Britain Township or Doylestown Borough, and residents began investigating what it would take to establish itself independently. On May 5, 1928, New Britain Borough was carved out of the township and officially became recognized as its own municipality. 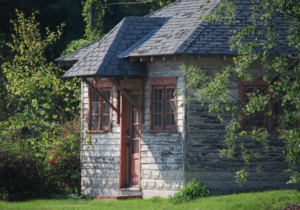 Once established, the borough paved several of its roadways and introduced a considerable amount of development along its main corridor of Butler. Many colonial homes and those constructed in the Revolutionary, Federal and Victorian times can be seen along these old roads. The homes in themselves spell out the history of the borough as it has moved from a wilderness into modern times.

As of the 2010 U.S. Census, there are 3,152 people residing within our borough’s 1.22 square miles. The borough has experienced population growth nearly every decade over the past 80 years, and land continues to be developed for exciting residential and commercial projects. Despite this development, our community retains much of its rural atmosphere and charm and continues to give credence to our slogan that New Britain Borough is “A Friendly Place to Live.”

For more information on the borough’s rich history, enjoy this YouTube Presentation by Borough Historian Bruce Burkart or this Historical Review of the Landis Mill.