Borough Council Meetings are held on the 2nd Wednesday of the month at 7:30 PM in Burkart Hall located at 56 Keeley Avenue.

The Borough Interim Manager, John W. Wolff, is the primary link to Council and can be reached at the New Britain Borough Municipal Office located at 45 Keeley Avenue, New Britain, PA  18901.  Please call ahead to schedule your appointment.  Office hours are Monday through Friday, 8:30 AM to 4:00 PM.  The Borough Manager can also be contacted via phone at 215-348-4586 or email at: wolffj@newbritainboro.com 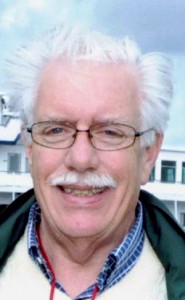 Peter began his term on Council in January 2009.  He decided to run for Council to help Council meet the needs of a modern municipality.  At the time, he felt the Borough was 15 years behind adjoining municipalities in building bike and hike trails.  Peter and his wife have raised three daughters and lived in the Borough for 35+ years.  Peter is a consulting engineer, specializing in centrifuges which thicken and dewater wastewater sludges throughout North America.  His goals for the Borough are to make the Borough more attractive to home buyers.  His number one priority is to use income from the endowment funds to expand the Wilma Quinlan Nature Preserve and secondly, to improve the Butler Avenue corridor and tie Delaware Valley University to the business district with a bike and hike trail.

Robyne began her term on Council in January of 2014.  She has been a resident of New Britain Borough for 11 years.  Robyne has worked in the pharmaceutical industry in technical and management roles for more than 20 years.  Robyne looks forward to representing the needs of the New Britain Community on Council.  She believes we are at the cusp of great changes for the Borough, with more walkability and trail access, as well as enhanced efforts toward positive planning and development aimed at securing New Britain as a regional destination. 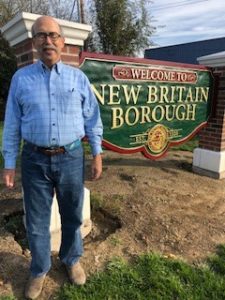 Steve began his term in January 2020, and is excited about the opportunity to help shape the Borough’s future.  He was Secretary of the Community and Business Committee in 2018, and was Chair in 2019.  Our Borough’s motto is:   New Britain Borough, a friendly place to live.  Steve would like to see the Borough become an even friendlier place to live, a more beautiful place to live, and a great place to do business.  Through the University Village site and other Borough attractions we hope to attract visitors and businesses, and thereby transform us from a pass-through community to a destination community.  To help resolve resident concerns, Steve will try to improve communication between Borough residents and Borough Council.

Steve and his wife, Ellen, have lived in the Borough since 1986.  Ellen rides horses, and is an avid knitter.  Their daughter, Bonnie, is an equine veterinarian in Connecticut.  Steve has a PhD in Statistics and spent nearly 40 years as a statistician, five as a professor at Temple University, and 33 in the pharmaceutical industry – mainly with Johnson & Johnson.  He retired in 2016, and spends his time volunteering for the Borough, announcing horse shows, being an officer in the NJ Chapter of the American Statistical Association, traveling with his wife, and tending to his Tom Seaver memorabilia collection.  Steve frequently gives talks to high school students about careers in Statistics, in addition to helping with STEM programs.

Loren is a Certified Paralegal and Notary Public with many years of estate planning and elder care experience. She holds a B.S. in Ornamental Horticulture from Delaware Valley University and was active in the floral industry for many years after graduating. Today, Loren is the Executive Director at HIghPoint Law Offices in Chalfont, PA where they specialize in long term care and estate planning. 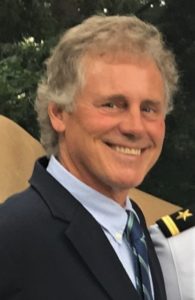 Tom Price and his wife, Beth, have lived in the Borough since 1994, where they have raised two, now grown, sons. Tom and his family have loved living in the Borough and feel lucky to be part of a small, friendly, community with so much civic pride.

Tom has lived and worked in the Central Bucks area most of his life. His family moved to Chalfont when he was in junior high school, and he graduated from Central Bucks West in 1973. After graduating from Gettysburg College with a BA in Political Science, Tom was hired as a Social Studies teacher by the Central Bucks School District. Tom’s first few years with the District were spent teaching at Unami and Holicong, but most of his career was spent at C.B. West, where he also served as the faculty advisor to the Student Government for many years and then as the Social Studies department coordinator. After thirty-five years in the profession, Tom retired from teaching in 2013.

Tom spent a number of years serving on the Borough’s Nature Preserve Committee and Planning Commission before being elected to Borough Council in 2015 and reelected in 2017. After serving six years on Council, Tom took six months off before being appointed to fill a Council vacancy in mid-2022. Following his passion for all things related to the environment, Tom also continues to serve as the chairperson of the Nature Preserve Committee, the Parks & Recreation Committee, and the Bird Town Committee. 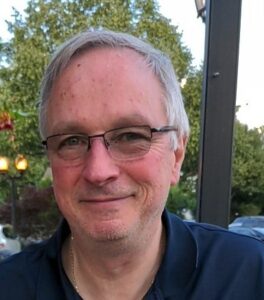 Jim was born in Tonawanda, NY and is one of six boys in his family. Jim moved to Doylestown in 1975 and is an Archbishop Wood H.S. graduate.  Jim and his family moved to New Britain, PA in 1996. Jim also attended Bucks County CC and Kutztown University.  Jim and his wife were married in 1992 and two children who are Central Bucks West graduates. Jim was a volunteer coach and referee for Lenape Valley Soccer and Basketball.  Jim worked in technical sales support for an electrical manufacturing company for 20 years.